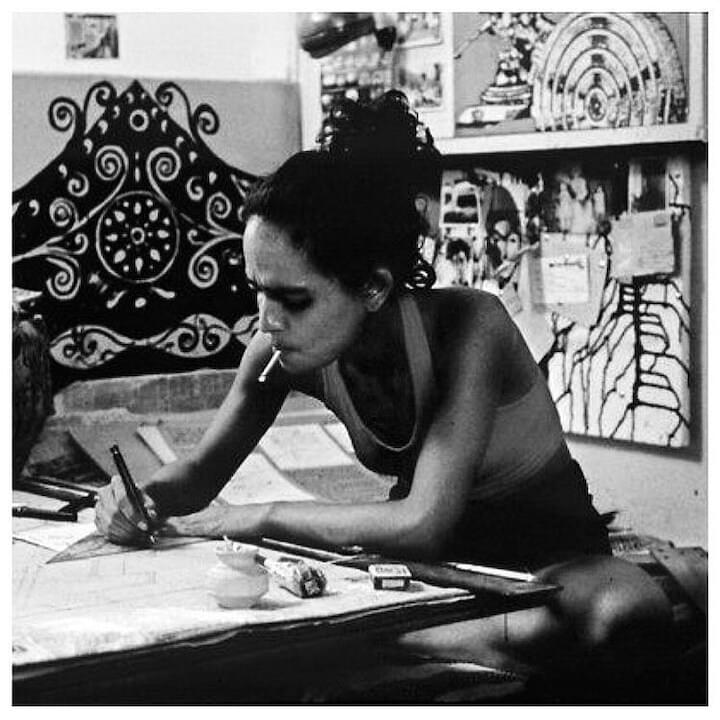 Arundhati Roy // "Who can look at anything any more...a door handle, a cardboard carton, a bag of vegetables...without imagining it swarming with those unseeable, undead, unliving blobs...waiting to fasten themselves on to our lungs?... Who among us is not a quack epidemiologist, virologist, statistician and prophet? Which scientist or doctor is not secretly praying for a miracle? Which priest is not...secretly, at least...submitting to science? The virus has...struck hardest, thus far, in the richest, most powerful nations of the world, bringing the engine of capitalism to a juddering halt... The mandarins who are managing this pandemic are fond of speaking of war... But if it really were a war, then who would be better prepared than the US? If it were not masks and gloves that its frontline soldiers needed, but guns, smart bombs...fighter jets and nuclear bombs, would there be a shortage?... The tragedy is immediate, real, epic and unfolding before our eyes. But it isn’t new. It is the wreckage of a train that has been careening down the track for years... What is this thing that has happened to us? It’s a virus, yes. In and of itself it holds no moral brief. But it is definitely more than a virus... It has made the mighty kneel and brought the world to a halt like nothing else could. Our minds are still racing back and forth, longing for a return to 'normality', trying to stitch our future to our past and refusing to acknowledge the rupture. But the rupture exists. And in the midst of this terrible despair, it offers us a chance to rethink the doomsday machine we have built for ourselves. Nothing could be worse than a return to normality. Historically, pandemics have forced humans to break with the past and imagine their world anew. This one is no different. It is a portal, a gateway between one world and the next. We can choose to walk through it, dragging the carcasses of our prejudice and hatred, our avarice, our data banks and dead ideas, our dead rivers and smoky skies behind us. Or we can walk through lightly, with little luggage, ready to imagine another world. And ready to fight for it."