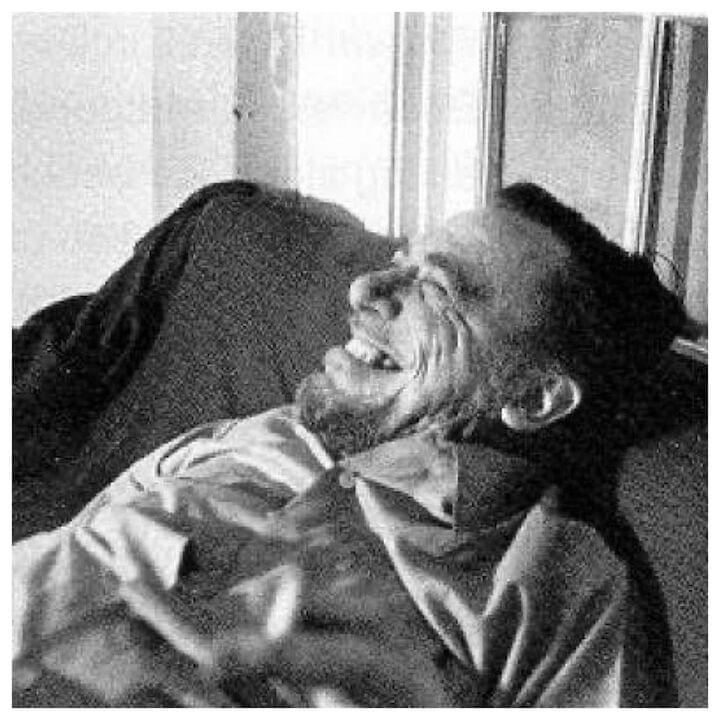 Charles Bukowski // "I spent weeks, months, years mulling about, passing my life away in tiny rooms and I was content with that... What a delicious thing it was to stretch out on a lumpy mattress in the dark on some second floor over an avenue, watching the headlights of cars work patterns across the ceiling... Rolling cigarettes in the dark, watching the red ash glow so red, it was magic even when a bit of ash would fall on your chest and burn you...shit!...you’d leap up laughing, then settle back down, wanting nothing, having nothing... I think I fattened my god damned soul in these rooms. All those hours of years...I suppose I was hiding, not wanting to be them, not wanting to be what my father had become...It looked like shit, it looked like waste... I hid, I hid, I hid, like a gopher, a mole, all I had was myself to feed upon and it filled me. I only became emptied when at times I had to enter the marketplace to sustain myself and I couldn’t believe those lives: men as slaves, doing monotonous and repetitive work they would never escape except by being discharged or dying but they accepted the horrible hours in order to make payment upon major necessities and minor luxuries. I preferred suicide, attempted several, failed, went back to the small rooms. And in those rooms, I blossomed again, like a flower, more like a flower on a cactus, but Christ it was marvelous, an out, a waiting, a calm place...I understood men who sat on mountain tops, who lived in caves. I understood that to have nothing was to have everything. The most valuable thing on earth was to have each hour as your own, that was all there was... To go up, fumble for your key, find it, fit it to the door, and the door opens and there is the dresser and there is the bed and there is the chair and there is the window and the dripping sink and there is the mouse sitting on the dresser, he has gotten bold, your eyes meet and his are much more beautiful than yours, and then with a lightning dart, he is gone and you are a young man in a very old world and you know it and it is absolutely strange and you sit down on the bed and take off your shoes and everything everywhere is quiet, final and perfect."