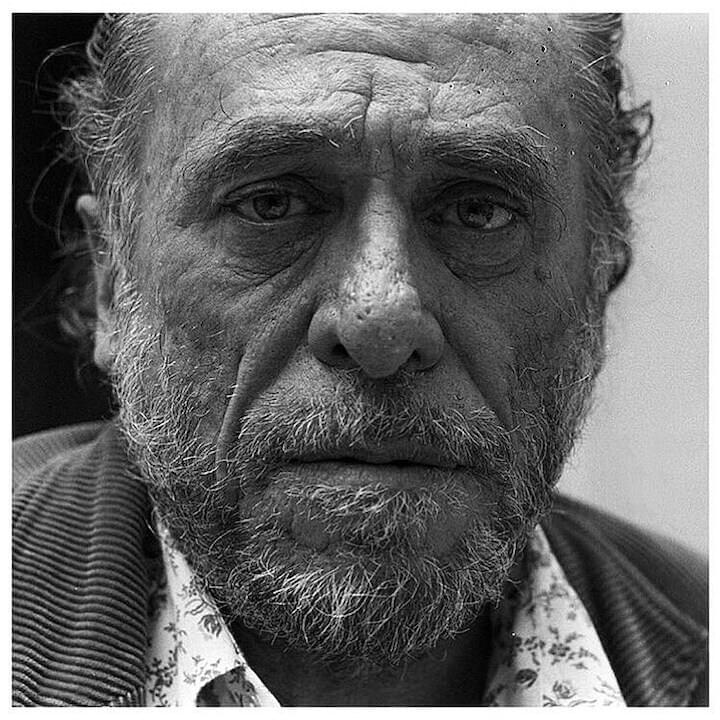 Charles Bukowski // "I don't think it hurts, sometimes, to remember where you came from...They call it '9 to 5.' It's never 9 to 5... And what hurts is the steadily diminishing humanity of those fighting to hold jobs they don't want but fear the alternative worse. People simply empty out. They are bodies with fearful and obedient minds. The color leaves the eye. The voice becomes ugly. And the body. The hair. The fingernails. The shoes. Everything does. As a young man I could not believe that people could give their lives over to those conditions. As an old man, I still can't believe it. What do they do it for? ... An automobile on monthly payments? Or children? Children who are just going to do the same things that they did? ... Now in industry, there are vast layoffs...They are layed off by the hundreds of thousands and their faces are stunned: 'I put in 35 years...It ain't right...I don't know what to do...' They never pay the slaves enough so they can get free, just enough so they can stay alive and come back to work. I could see all this...I figured the park bench was just as good...Why not get there first before they put me there? Why wait? I just wrote in disgust against it all, it was a relief to get the shit out of my system. And now that I'm here, a so-called professional writer, after giving the first 50 years away...the luck I finally had in getting out of those places, no matter how long it took, has given me a kind of joy...I now write from an old mind and an old body, long beyond the time when most men would ever think of continuing such a thing, but since I started so late I owe it to myself to continue, and when the words begin to falter and I must be helped up stairways and I can no longer tell a bluebird from a paperclip, I still feel that something in me is going to remember...how I've come through the murder and the mess and the moil, to at least a generous way to die. To not to have entirely wasted one's life seems to be a worthy accomplishment, if only for myself."