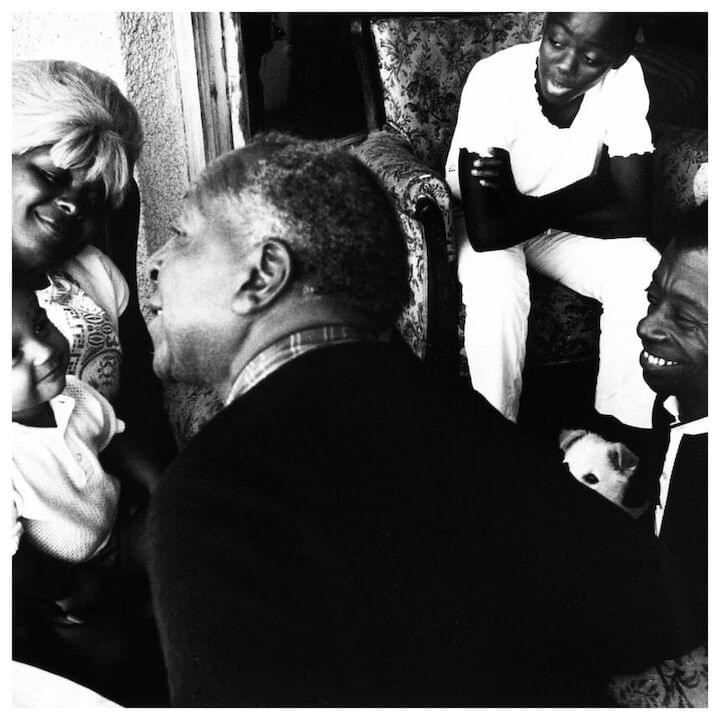 James Baldwin // "This was the last time I ever saw my mother alive… The way I always see her is the way she used to be on a Sunday afternoon, say, when the old folks were talking after the big Sunday dinner. I always see her wearing pale blue. She'd be sitting on the sofa. And my father would be sitting in the easy chair, not far from her. And the living room would be full of church folks and relatives. There they sit, in chairs all around the living room, and the night is creeping up outside, but nobody knows it yet. You can see the darkness growing against the windowpanes and you hear the street noises every now and again…but it's real quiet in the room. For a moment nobody's talking… And my mother rocks a little from the waist, and my father's eyes are closed. Everyone is looking at something a child can't see. For a minute they've forgotten the children. Maybe a kid is lying on the rug, half asleep. Maybe somebody's got a kid in his lap and is absent-mindedly stroking the lad's head. Maybe there's a kid, quiet and big-eyed, curled up in a big chair in the corner. The silence, the darkness coming, and the darkness in the faces frighten the child obscurely. He hopes that the hand which strokes his forehead will never stop…will never die. He hopes that there will never come a time when the old folks won't be sitting around the living room, talking about where they've come from, and what they've seen, and what's happened to them and their kinfolk. But something deep and watchful in the child knows that this is bound to end, is already ending. In a moment someone will get up and turn on the light. Then the old folks will remember the children and they won't talk any more that day. And when light fills the room, the child is filled with darkness. He knows that every time this happens he's moved just a little closer to that darkness outside. The darkness outside is what the old folks have been talking about. It's what they've come from. It's what they endure. The child knows that they won't talk any more because if he knows too much about what's happened to them, he'll know too much too soon, about what's going to happen to him."