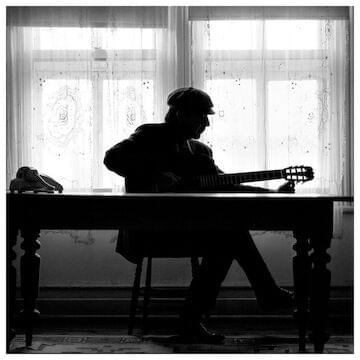 Leonard Cohen // "One day in the early 60s, I was visiting my mother’s house in Montreal. Her house was beside a park… I wandered back to this park…and there was a young man playing a guitar… He was surrounded by two or three girls and boys who were listening to him. I loved the way he played. There was something about the way he played that captured me… I sat there with the other listeners for a few moments and when there was a silence, an appropriate silence, I asked him if he would give me guitar lessons. He was a young man from Spain… We made an appointment and settled a price. He came to my mother’s house the next day and he said, 'Let me hear you play something.' I tried to play, and he said, 'You don’t know how to play, do you?' He took the guitar, and he produced a sound from that guitar I had never heard. He played a sequence of chords with a tremolo… He put my fingers on the frets. And he said, 'Now, you play.' It was a mess. He said, 'I’ll come back tomorrow.' He came back…he put my hands on the guitar and I began again with those six chords…a six chord progression. Many, many flamenco songs are based on them. I was a little better that day. The third day…improved, somewhat improved. But I knew the chords now…I knew them very, very well. The next day, he didn’t come. He didn’t come. I had the number of his boarding house in Montreal. I phoned to find out why he had missed the appointment, and they told me that he had taken his life. That he committed suicide. I knew nothing about the man. I did not know what part of Spain he came from. I did not know why he came to Montreal. I did not know why he played there...I did not know why he took his life. I was deeply saddened, of course. But now I disclose something that I’ve never spoken in public. It was those six chords that has been the basis of all my songs… So, now you will begin to understand the dimensions of the gratitude I have… Everything that you have found favourable in my songs and my poetry are inspired by this soil. So, I thank you so much for the warm hospitality that you have shown my work because it is really yours, and you have allowed me to affix my signature to the bottom of the page." 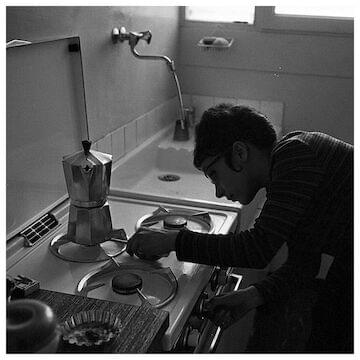 Albertine Sarrazin // "I listen to the echo of your footsteps in me."

Antonin Artaud // "When we speak the word 'life,' it must be understood we are not referring to life as we know it from its surface of fact, but to that fragile, fluctuating center which forms never reach." 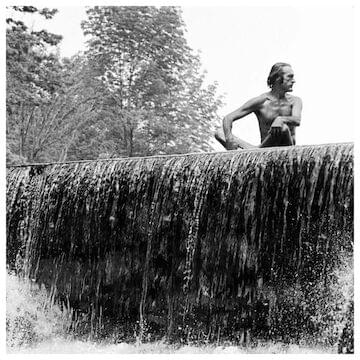 Timothy Leary // "Individual societies begin in harmonious adaptation to the environment and, like individuals, quickly get trapped into nonadaptive, artificial, repetitive sequences. When the individual's behavior and consciousness get hooked to a routine sequence of external actions, he is a dead robot, and it is time for him to die and be reborn." 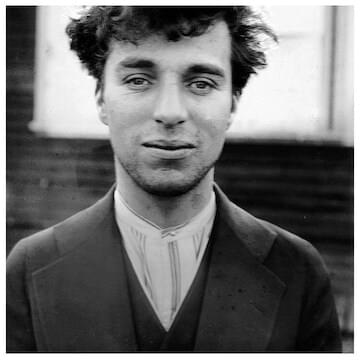 Charlie Chaplin // "There’s something just as inevitable as death. And that’s life. Think of the power of the universe…turning the Earth, growing trees. That’s the same power within you...if you’ll only have the courage and the will to use it." 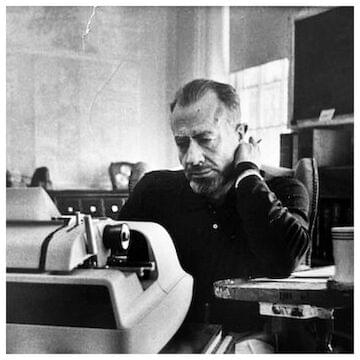 John Steinbeck // "It is a strange thing that most of the feeling we call religious, most of the mystical outcrying which is one of the most prized and used and desired reactions of our species, is really the understanding and the attempt to say that man is related to the whole thing, related inextricably to all reality, known and unknowable. This is a simple thing to say, but the profound feeling of it made a Jesus...a Charles Darwin, and an Einstein. Each of them in his own tempo and with his own voice discovered and reaffirmed with astonishment the knowledge that all things are one thing and that one thing is all things—plankton, a shimmering phosphorescence on the sea and the spinning planets and an expanding universe, all bound together by the elastic string of time." 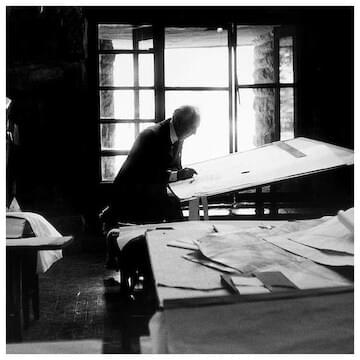 Frank Lloyd Wright // "We are no longer truly simple. We no longer live in simple terms or places. Life is a more complex struggle now. It is now valiant to be simple: a courageous thing to even want to be simple. It is a spiritual thing to comprehend what simplicity means." 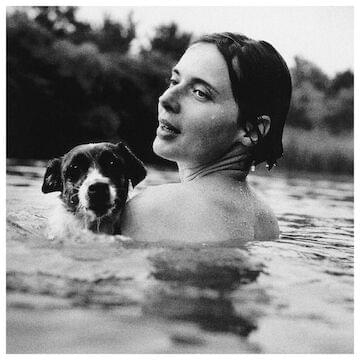 Isabella Rossellini // "Imperfection charms me, familiar things move me...a celebration of what we have, instead of what we long for." 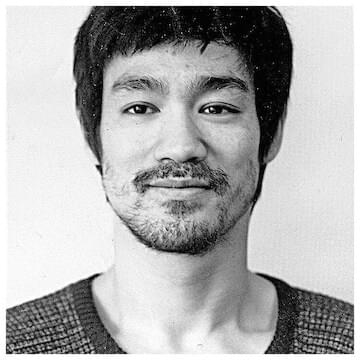 Bruce Lee // "When one has reached maturity...one will have a formless form. It is like ice dissolving into water. When one has no form, one can be all forms; when one has no style, he can fit in with any style."

David Lynch // "We're nothing without an idea... I used to say that a desire for an idea is like a bait on a hook... You have to have patience, just like you do in fishing. How deep that hook goes depends on the size of that ball of consciousness. And desire, another word for it is focus... It's a little bit like daydreaming. Thoughts come and thoughts come and thoughts come and...boom! An idea comes that is so thrilling. You've caught a little purple fish with red fins and little dancing speckled eyes. And this little fish could be just a fragment of the final film." 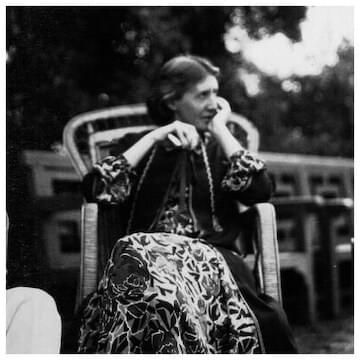 Virginia Woolf // "There must be another life, she thought, sinking back into her chair, exasperated. Not in dreams; but here and now, in this room, with living people. She felt as if she were standing on the edge of a precipice with her hair blown back; she was about to grasp something that just evaded her. There must be another life, here and now, she repeated. This is too short, too broken. We know nothing, even about ourselves."